Choose Your Insurance, Pay Online
Get Your Policy Instantly

Secure
SSL ve 3D Secure ile güvenli ödeme
Instant
See the price and buy your policy in seconds
24 / 7
Anytime of the day, whenever you need it
Incentive Advantage
70% Complication and Travel Insurance support

Who We Work With

We provide you with the best quality service with Turkey's leading insurance companies.

Healthcare Tourism Complication Coverage Insurance provides coverage for foreign individuals who are planning to have one of the specified surgeries or treatments below in Turkey. Coverage becomes valid in case of repetition of the same surgery due to complications that should arise after the primary surgery. Both the primary surgery and the repetition surgery should be undertaken in Turkey.

For patients coming to Turkey to be treated by health institutions or health tourism intermediary institutions (Travel Agencies), Complication and Travel health insurance expenses to be made by insurance companies located in Turkey are supported at a rate of 70% and a maximum of 2.4 million TL per year. 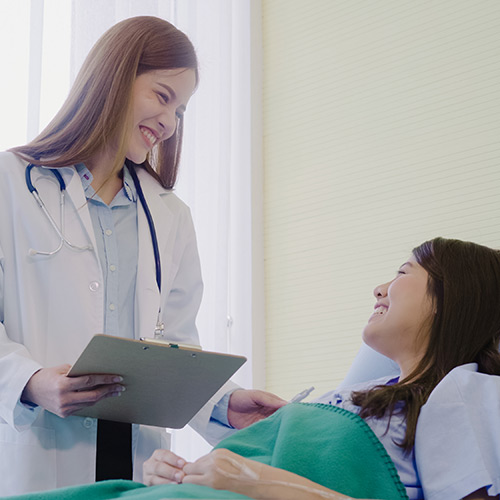 It secures the medical complications that develop after medical applications 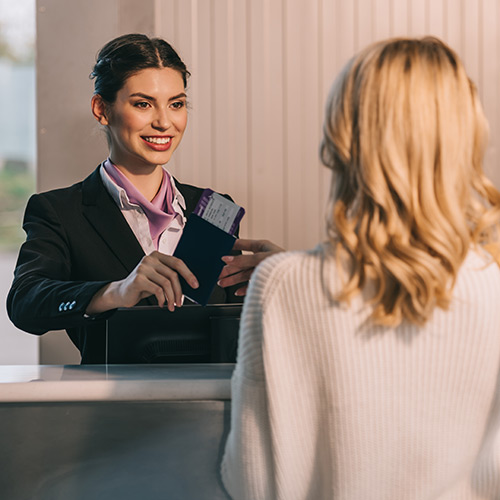 Provides airfare for the treatment of the developing complication 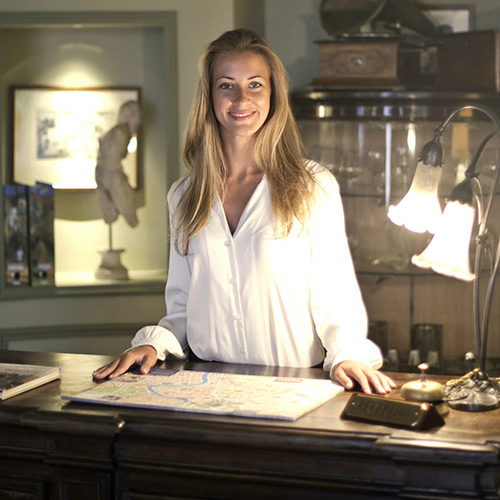 During the treatment of the complication, it is for stays outside the health institution 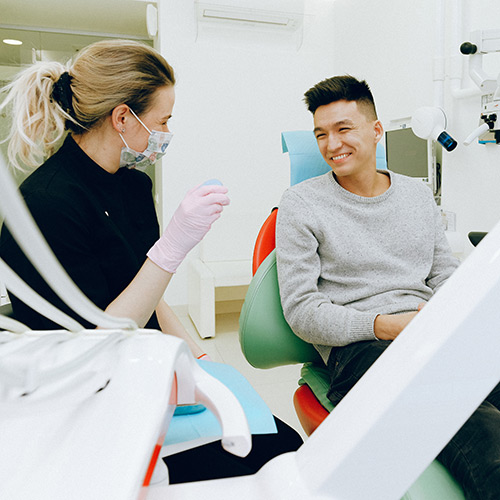 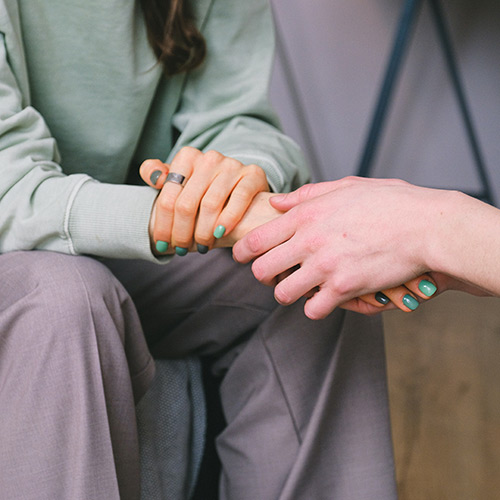 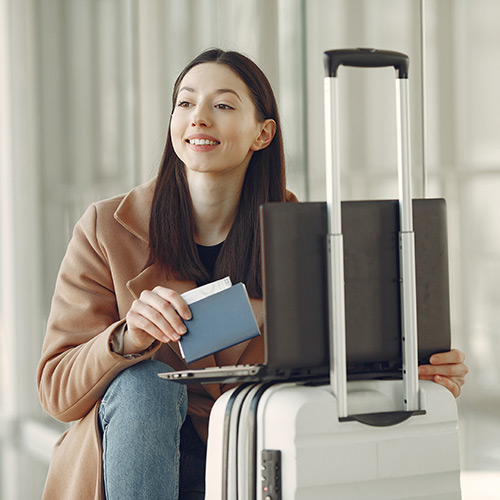 Considered within the scope of travel health insurance special conditions
What is it?

Healthcare Tourism Complication Coverage Insurance provides coverage for foreign individuals who are planning to have one of the specified surgeries or treatments below in Turkey. Coverage becomes valid in case of repetition of the same surgery due to complications that should arise after the primary surgery. Both the primary surgery and the repetition surgery should be undertaken in Turkey. The policy is valid for 6 months starting from the date of commencement.

Who can be insured?

Age limits are 18 and 75 and persons of 75 years of age and over are excluded from insurance coverage. Policy production is made by using passport number.

What is the geographical area?

This policy is only valid in case the treatments for complications of surgeries, interventions and medical treatments, performed within the territory of Republic of Turkey after policy commencement date.

Plans
Dental Complication Plan
Hair Transplant Complication Plan
Eye Complication Plan
Orthopedy, Gynecology, General Surgery, Plast. Surg. Complication
Plan
Cardiovascular Surgery Complication Plan
Frequently Asked Questions
Policy is valid for a term of 180 days starting from commencement date.
No compensation payments will be made as a result of death of the insured after treatment.
Yes
Product covers complications for surgery and procedures during the term of policy. Therefore, it may not be purchased following surgery.
Yes
It is valid within the Territory of Republic of Turkey.

In this policy, there are no waiting times for complications, arising as a result of a surgery, procedure, or plastic procedure, performed subsequent to the policy commencement date.

You may choose the policy commencement date of product as the same date with your planned procedure. Therefore, complications, which may emerge in following 180 days, may be covered.

In prosthetic tooth application, problems, such as undesired color or form of prosthesis, will not be deemed as complication and no reimbursement will be made. In surgical tooth extraction, complications, such as delayed hemorrhage, gingiva infection, leaving a part of tooth; in implant applications, ill-fitting implant, loose implant, dislodged implant and inflicting damage on jaw bone, are excluded from coverage

Eye plan includes coverages for complications, which may arise due to corrective procedures, such as excimer laser and lasik, cataract surgery, ptosis surgery, glaucoma surgery and retina detachment surgery.

In all surgical procedures, the complications, given in informed consent form, signed by patient, are under the coverage. (Except death).

In plastic surgeries revision requests due to failure to comply with personal liking, will not be reimbursed. However, failure of surgery (nasal tip drop after rhinoplasty; remaining deviation; nasal septum perforation; asymmetry in breast surgery, dropping, implant perforation and capsular contracture) are under coverage.

Toxin-based applications to prevent wrinkles and sweating are not covered by the policy.

It secures the medical complications that develop after medical applications. Inpatient treatment coverage is valid in the following terms and conditions:

Any dissatisfaction arising from personal preferences are excluded in plastic surgeries and dental treatments.

The complications that are only caused by specified procedures are covered by the insurance, any other complications occurring from another treatment are excluded from the coverage.

The expenses related to complications that caused by the covered surgery/operation including revision/repetition surgery and intervention are covered. Rehabilitation/physical therapy expenses, which may or may not be required after the surgery/intervention are excluded from the coverage.

Provides airfare for the treatment of the developing complication.

The economy class flight tickets to Turkey due to having a secondary operation/surgery under the coverage of Healthcare Tourism Complication Coverage Insurance are also covered in some insurance plans within the limits and deductions specified in each policy. Coverage is indicated on the insurance certificate and/or policy. The plans with the flight ticket coverage cover tickets up to USD 1,000 and there is a USD 500 deductible. In case the insured is entitled to indemnity, the insured will be reimbursed for the amount higher than the deduction amount up to the flight ticket coverage limit.

During the treatment of the complication, it is for stays outside the health institution.

It will reimbursed the medical treatment of the insured after returning to her home country. May be purchased optionally.

Minor interventions and medical treatments, related to early complications, such as discharge in wound and infection, related to medical procedure/surgery, experienced by the insured after returning to native country, which do not require the insured to return, will be reimbursed within the limits, specified in the policy and certificate under this coverage.

For reimbursement of these expenses, the insured must deliver medical report and original invoice, bank information for payment (SWIFT, IBAN), via mail.

Following evaluation, payment for covered expenses, will be made to the bank account of insured, subject to coverage limits. In payments, bank transfer and swift expenses will be deducted from coverage limits.

For transportation and accommodation expenses for a companion who will come to Turkey with the insured. May be purchased optionally only in Surgery and Cardiovasclar Surgery plans. Related coverage is not valid for the initial procedure/surgery to be applied in Turkey.

On activation of policy coverages during the secondary procedure to be performed on the insured, transportation and accommodation expenses for one companion, who will travel to Turkey with the insured, will be reimbursed, subject to coverage limits and exemptions, specified in policy and certificate.

Companion expenses in hospital invoice during hospitalization, are excluded.

Considered within the scope of travel health insurance special conditions.

This is included in all plans. Healthcare, ambulance, medical consultancy and transfer of remains expenses, are considered within the framework of coverage limits and travel health insurance special conditions (separately presented in the annex).